Clothing Rack, Made From Plumbing Tubes 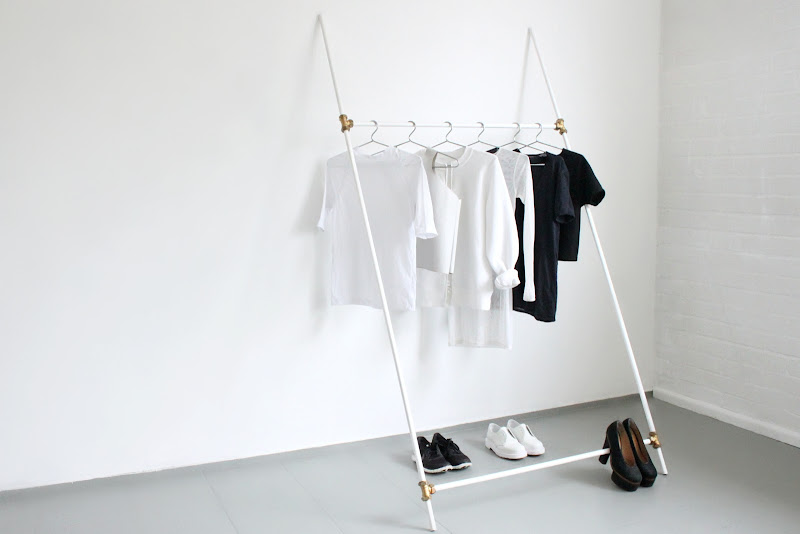 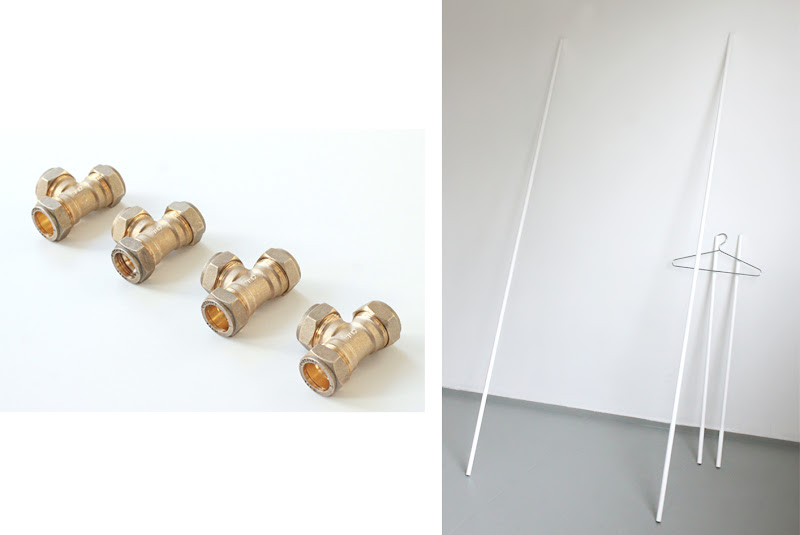 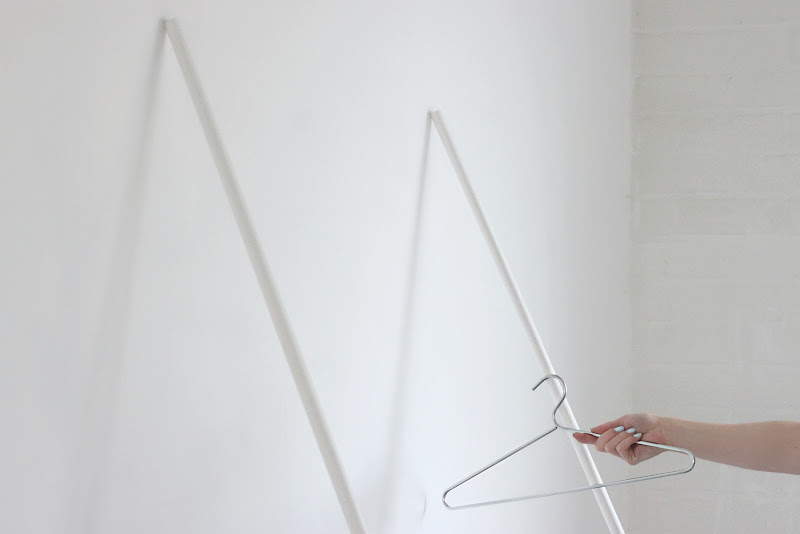 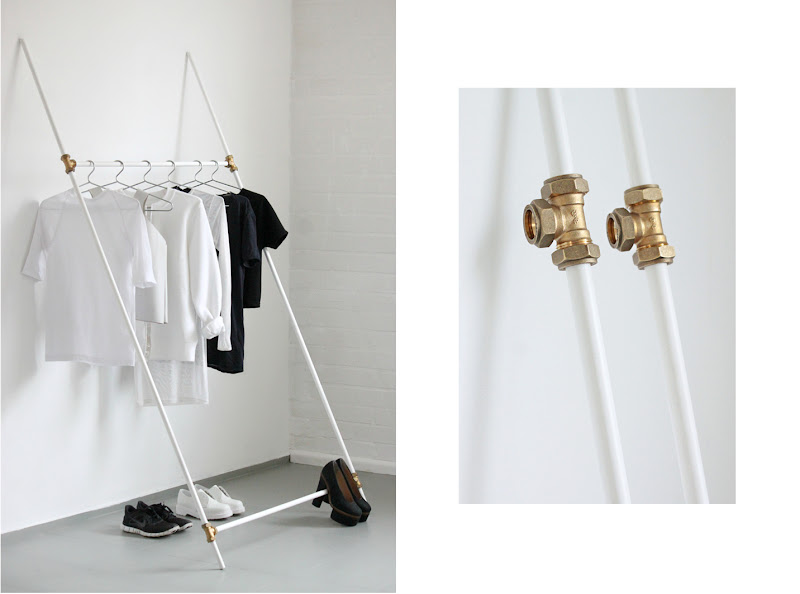 There have been tons of clothing racks made out of plumbing parts, here’s my little version of it.
It is the easiest, most uncomplicated clothing rack imaginable, it is basically just a frame that leans against the wall.
And surprisingly it turned out sturdier than I thought it would be, and is also really easy to deconstruct and move around.

step one.
put the long tubes against the wall in an inclined way. Mine are on the floor about 75cm away from the wall. It seems like really far away.
But the more you’ll incline them, the sturdier your rack will be. Doesn’t seem like it now, but once it is assembled it will be.

step two.
Put your hanger on a height where it will not be touching the wall , like shown on the fourth picture, and mark this spot on the tube.
This is the height where you will place the horizontal tube.

step 3.
Put a bit of strong plastic tape around the spot you just marked before placing the 3 way joint.
This bit of tape will make the tube thicker on the place where the hardware comes, it will secure it and prevent it from sliding down.
Make sure the hardware is placed on exactly the same height on both long tubes. If not, the rack will turn out wobbly.

step 4.
After you’ve placed all four joints, you can assemble the rack by connecting the long tubes with the short horizontal ones in between.

step 5. (optional)
I planned to put two screws in the floor on which you can put the tubes on top to prevent them from moving.
But skipped this step because the rack turned out to be much much sturdier that I had expected, because of the weight on the rack it really stays on it’s place and leans against the wall.

115 responses to “Clothing Rack, Made From Plumbing Tubes”